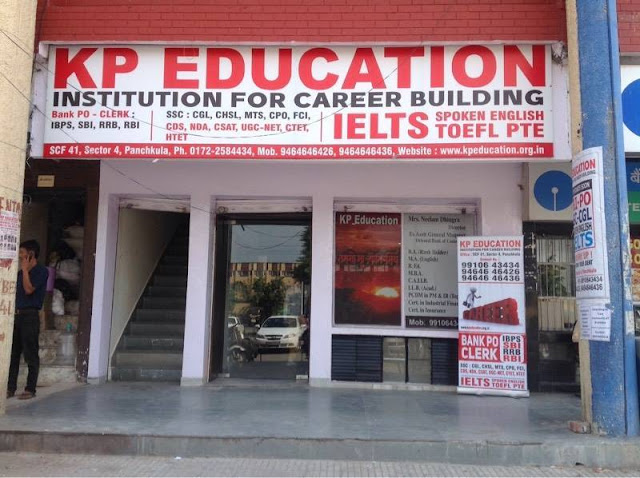 KP Education is an initiative of highly qualified and senior professionals, to help young boys and girls and other professionals to achieve their career goals. KP Education has been set up by Mrs. Neelam Dhingra, a banker having worked with Oriental Bank of Commerce for 37 years. She has put in her service with the Bank in various capacities, as Branch Manager, Senior Manager, Chief Manager heading Branches, including large and extra large branches, across the country. She has also been an Asstt. General Manager in Mumbai and Bangalore Regional Offices of the Bank. At both these places, she had been controlling and monitoring a large number of Branches with sizable amount of business. She has also received various awards for her commendable achievements in different fields from many branches.

She has a meritorious academic record, having been a Rank Holder and also topper of the District in her B.A. examination. She is Ph.D., M.A. English, B.Ed., CAIIB, LL.B. (Acad) and also an M.B.A. She also got the Ist Rank in the Postgraduate Diploma in Personnel Management and Industrial Relations. In addition, she has also passed exams in Industrial Finance and Insurance. She is also a Doctor of Naturopathy/Natural Medicines.

She belongs to a family of accomplished professionals. Her husband K.L.Dhingra is P.hd & M.B.A. from Faculty of Management Studies, University of Delhi. In addition, he is an M.Com., LL.B. (Acad), CAIIB and has also passed ACIB from U.K. He is a Fellow of Indian Institute of Banking and Finance, Mumbai, Fellow of Chartered Institute of Bankers, Scotland and Fellow of Financial Services Institute of Australasia (Finsia). There are very few professionals in India, who have three Fellowships from Indian and International Institutions in the field of Banking and Finance. Having started his career as a Probationary Officer of Dena Bank, he rose to the positions of Chairman and Managing Director of two Schedule 'A' Central PSUs. He has worked as the Chairman and Managing Director of Housing and Urban Development Corporation Ltd. (HUDCO), New Delhi - which is an all India Financial Institution. He has also been the Vice-Chairman of Standing Conference of Public Sector Enterprises (SCOPE) (a Forum for the Public Sector in India) for the longest ever period of 6 years.

Her elder son Ankur Dhingra is an alumni of IIT, Bombay and IIM, Ahmadabad. He was admitted to all the six IIMs of the country in 2004, but he preferred to pursue M.B.A. from IIM, Ahmadabad - a top rated Business School India. He was also selected for Singapore Airlines Scholarship for studying his B.E/B.Tech in National University of Singapore or Nanyang Technological University in the year 2000, but he chose to study for his B.Tech. in IIT, Bombay. He works now with one of the largest Banks of the US as an Executive Director. He got admission into six Universities of USA including Michigan University in the year 2000 on the basis of his GRE Score. On the basis of his GMAT score, he got admission into two top Universities of US in 2009 for his second M.B.A.

Her younger son Ankit Dhingra has passed his B.E. from Punjab University and M.B.A. from Indian Institute of Foreign Trade, New Delhi. He is presently working with a Regulator in India, having been selected on the basis of an all India competitive examination. He has also passed his RBI -Grade 'B' examination and has a very good score in GMAT.

Her daughter-in-law Mrs. Neha Dhingra is an M.B.A from University of lowa, CIMBA,Italy. Her total work experience is more then 7 year, presently working as Accounts Director.

After having an accomplished career in Oriental Bank of Commerce for more than 37 years, Mrs. Neelam Dhingra has embarked on doing something worthwhile for the young generation.

NICL National Insurance Company Ltd . invites applications from eligible Indian Citizens for recruitment of Assistants in Class III cadre from open market. Details: 1) AGE   Minimum Age: 18 years; Maximum Age: 28 years 2) EDUCATIONAL QUALIFICATION   Graduate from a recognized University OR Pass in HSC/Equivalent (XII pass) examination with 60% marks (50% for Ex-servicemen, SC/ST and Persons with Disabilities); and the candidate should have passed in English as one of the subjects at SSC/ HSC/ Intermediate/ Graduation level; and Knowledge of Regional Language i.e. Language of the State of Recruitment is essential. 3) SELECTION PROCEDURE     a.  All candidates will have to appear for the online examination, thereafter; candidates will be short-listed and will be called for Interview and Computer Proficiency Test.   b.  Final selection will be made on the basis of performance in the Online examination, Interview and Computer Proficiency Test taken together.   c.   The p

SBI PO EXAM  SBI PO eligibility:  Following are the minimum eligibility conditions required to be fulfilled by the aspirant to be eligible to apply: 1.Graduate in any discipline from a recognized University or possessing any equivalent qualification recognized as such by the Central Government. 2.The minimum and maximum prescribed age limit is 21 years and 30 years calculated as on 01 April 2018. The maximum age limit shall be relaxed for the reserved category candidates as per the reservation norms of the Government of India. Stages under the SBI PO Exam Pattern 2019: The Recruitment Examination for Probationary Officers to various SBI Branches is considered as one of the Central Banking Exams of the country. Every Year, a number of banking aspirants apply for SBI PO Recruitment Examination and the competition level of only escalated further beyond. The stages of recruitment involved under SBI PO Exam Pattern 2018 are as follows: Phase 1: Preliminary Examination 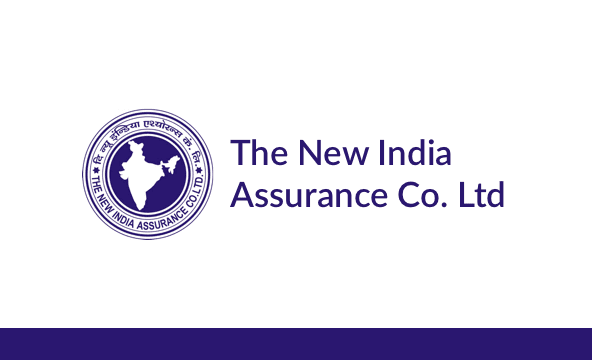 NIACL The New India Assurance Company Ltd., a leading Public Sector General Insurance Company and wholly owned by Government of India recruits Assistants in Class III cadre from open market. Eligibility a) AGE )   Minimum Age: 18 years; Maximum Age: 30 years  b) EDUCATIONAL QUALIFICATION   Graduate from a recognized University OR Pass in HSC/Equivalent (XII pass) examination with 60% marks (50% for Ex-servicemen, SC/ST and Persons with Disabilities); and the candidate should have passed in English as one of the subjects  at SSC/ HSC/ Intermediate/ Graduation level; and Knowledge of Regional Language i.e. Language of the State of Recruitment is essential.  c)   Proficiency in the Regional Language of the State/UT (candidates should know how to read/write and speak the Regional Language of the State/UT), for whose vacancies a candidate wishes to apply, is preferable. (Some questions may be put at the time of interview to ascertain the candidate's familiarity with the Regio